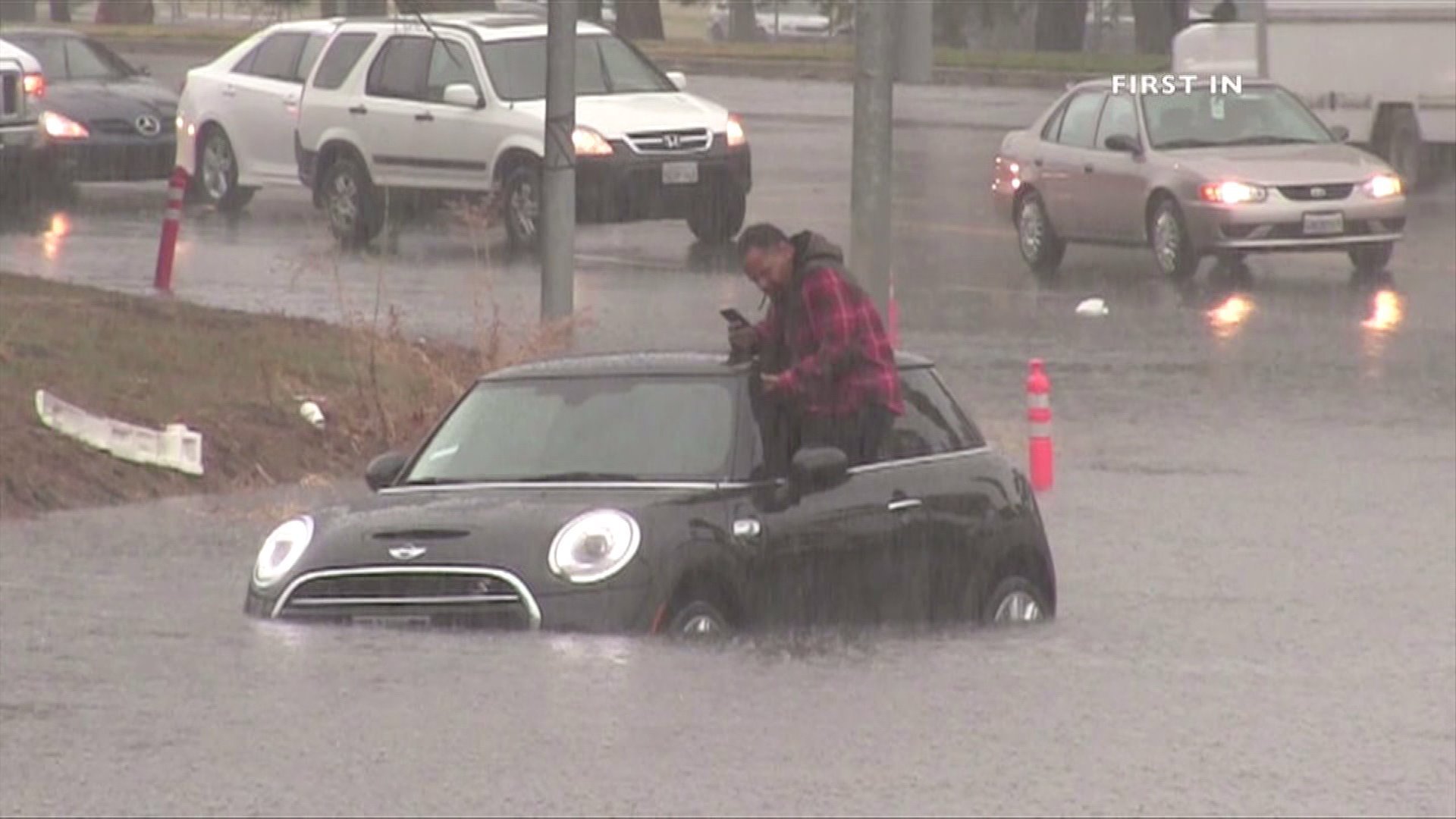 The series of storms that culminated with Sunday’s record-setting rainfall caused millions of dollars in damage to the region.

Gov. Jerry Brown Monday declared a state of emergency for Los Angeles and Orange counties for the powerful winter storms that have caused tens of millions of dollars in damage.

Brown issued emergency proclamations “to secure funding to help communities respond to and recover from” the storms, which “have caused flooding, mudslides, erosion, debris flow and damage to roads and highways,” according to a statement from Brown’s office.

The proclamations direct Caltrans “to formally request immediate assistance through the Federal Highway Administration’s Emergency Relief Program” and order the Office of Emergency Services to “provide assistance to the counties, as appropriate and based upon damage assessments received from local governments.”

Flooding, mud, and rockslides shut down three freeways and major streets such as Pacific Coast Highway, Topanga Canyon Boulevard and Laurel Canyon Boulevard. The storm toppled trees including one that fell on a car in Pasadena Monday. Falling limbs knocked out power lines, leaving nearly 20,000 people were left without power in the latest storm. And several people had to be rescued from raging rivers and flood control channels.

As of midday Monday, about 9,000 customers of the Los Angeles Department of Water and Power were without power as a result of storm-related damages. Service had been restored to about 8,400 other DWP customers since Sunday.Southern California Edison reported outages affecting 3,019 customers in Los Angeles County and 1,943 more in Orange County.

The proclamation also covers 48 of California’s 56 other counties.