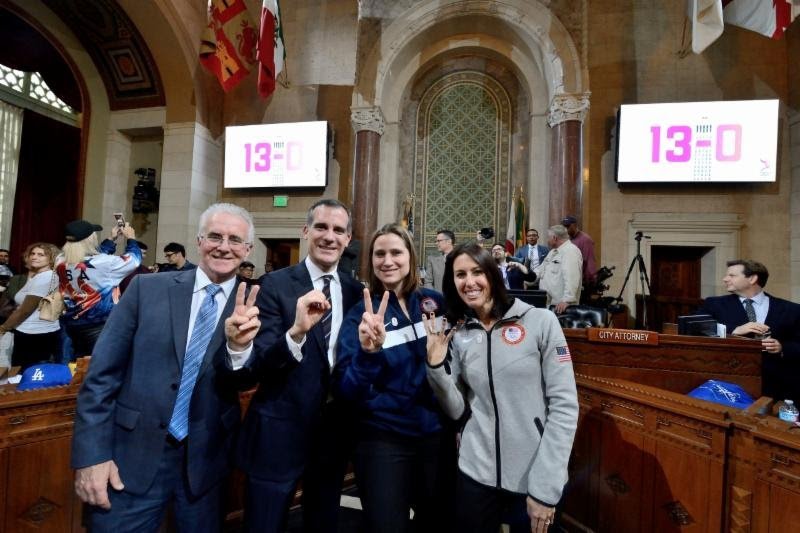 This week, the Los Angeles City Council, alongside dozens of Olympic athletes who call Los Angeles home, voted to approve the LA2024 bid for the Olympic and Para-Olympic Games.

Los Angeles is a cultural and industrial mashup unlike anywhere else in the world. Residents from over 100 countries are held together by a collective optimism, a push for progress, and a dedication to sport. The spirit of our community is based on harnessing creativity and curiosity for the purpose of imagination and reinvention. The Olympic and Para-Olympic Games continue to spark passion for Angelenos throughout Los Angeles.

Los Angeles is currently competing against Paris and Budapest to host the summer 2024 games. The International Olympics Committee is slated to announce its decision in September 2017. If selected, LA would become a three-time host of the summer games.

Click here to read the full bid for the 2024 Olympic Games.