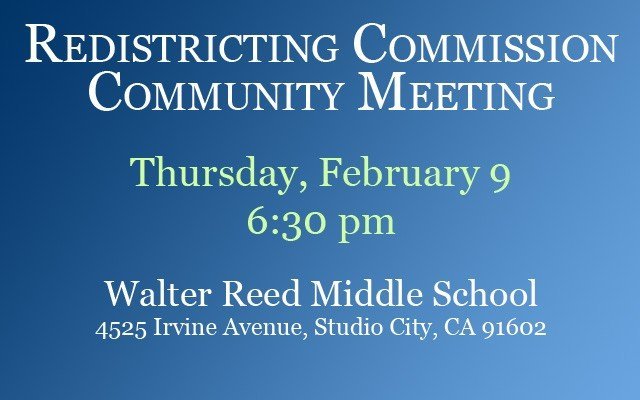 Draft boundaries have been drawn for all 15 Los Angeles City Council districts. You may view the draft maps here: http://redistricting2011.lacity.org/LACITY/draftMap.html

The Los Angeles City Council Redistricting Commission is holding seven public input hearings prior to releasing the final maps. FIVE of these hearings have already taken place. Before new City Council maps are finalized for the next 10 years, make your voice heard by attending one of this week’s hearings.

All locations are wheelchair accessible.
Hearings will be televised on Channel 35 via tape delay.

We hope you will take advantage of the opportunity to participate in this very important process.