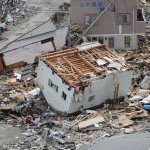 Nearly 1,000 community members attended to learn about the best ways to get prepared to survive and recover from earthquakes, wildfires, floods and other disasters.

Our sincere thanks go out to our fellow Neighborhood Councils and Fire Station 87 for hosting this wonderful community event!