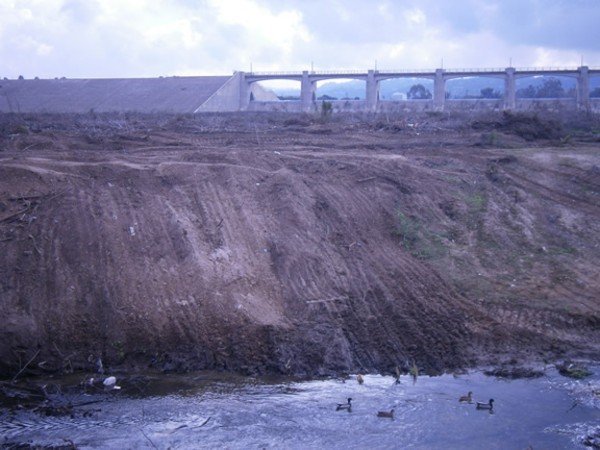 The Encino Neighborhood Council Parks Committee agreed to make four recommendations to the full Encino board in response to recent destruction of wildlife habitat and vegetation on 48 acres in the Sepulveda Basin.

The group unanimously voted Monday to recommend the U.S. Army Corps of Engineers, which owns the basin and maintains a small portion of the 2,150 acres, give stakeholders, including the Encino and Lake Balboa neighborhood councils, at least a 60-day email notice of future projects.

Environmentalists and action committees are complaining the Corps cleared the land Dec. 14 without letting anyone know.

Secondly, the committee, meeting at the Balboa Sports Center, also voted to support a demand-letter on the issue from Los Angeles Councilwoman Jan Perry, who is running for mayor.

Perry’s letter instructs the city’s planning department and city attorney to coordinate with the Corps, the San Fernando Valley Audubon Society, and Friends of the Los Angeles River any action that will impact plants, brush and marsh land in the basin.

Since Patch first reported the destruction in the South Reserve south of Burbank Boulevard, federal, state and local officials have taken the Corps to task over its vegetation clearance and lack of public notice.

The Corps recently closed the South Preserve to the public. The Encino parks committee voted that the full neighborhood council demand a reversal of that decision.

And finally, the committee wants the Corps to bear all costs to repair the damaged infrastructure and vegetation, including trail markers and decomposed granite paths. Bailey estimated the damage to be about $200,000.

Ken Ohlenkamp, president of the San Fernando Valley Audubon Society, told the committee that Congressman Brad Sherman’s office is coordinating a meeting between the Corps and his organization later this week.

“(The issue) has so many significant problems, I could be here all night,” Ohlenkamp said during the two-hour session.

He encouraged area residents to write protest letters to their government representatives. “It can have a significant impact,” Ohlenkamp said.

“It looks like a hurricane hit [the South Preserve],” he said. “The Corps has released a press release and it’s [riddled] with factual errors. There’s been an organizational culture moving toward this plan for two years and the colonel (Michael Toy) seems to have been signing off, perhaps unknowingly,” he said.

Ohlenkamp, who will lead a 9 a.m. group tour of the land from the Japanese Tea House this Sunday, predicts it will take 10-to-15 years to return the South Preserve to a natural state.

Ohlenkamp also reported that the Los Angeles Police Department has stepped up its presence in the basin since the Corps claims one reason for clearing the land was to remove homeless encampments and end illicit drug and prostitution activities.

He also said a photographer was told recently by a Corps employee to leave the area or risk having his camera confiscated because photos could compromise the Sepulveda Dam’s security.

Van Dorpe admitted there had been miscommunication between the Corps and the public about the project in the 2,150-acre Sepulveda Basin is 2,150.

Van Dorpe said the Corps’ plan is to clear an outlet to prevent flooding by removing overgrowth and debris from homeless encampments.

The first phase called for vegetation to be “crunched down.”

Under the second phase, herbicides will be applied to choke out invasive plant species and finally the land will be seeded with mono-culture salt grass not native to the Valley.

Further action by the Corps has been halted in light of public outcry, which included a letter of complaint from state Sen. Fran Pavley.

Glenn Bailey, a member of the Sepulveda Basin Wildlife Areas Steering Committee and the Encino Neighborhood Council, spoke at the City Hall meeting.

Bailey took offense at Van Dorpe’s description that vegetation was “simply crushed” and that no bulldozing had occurred.

Bailey said root balls were scraped down to the dirt and vegetation dumped into a pond by heavy machines that left bulldozer tracks 2.5-feet wide.

“It was not done by hand,” Bailey said.

Bailey said he is investigating potential misappropriation of public funds, since taxpayer money was used to create the infrastructure and plant the trees that were destroyed.