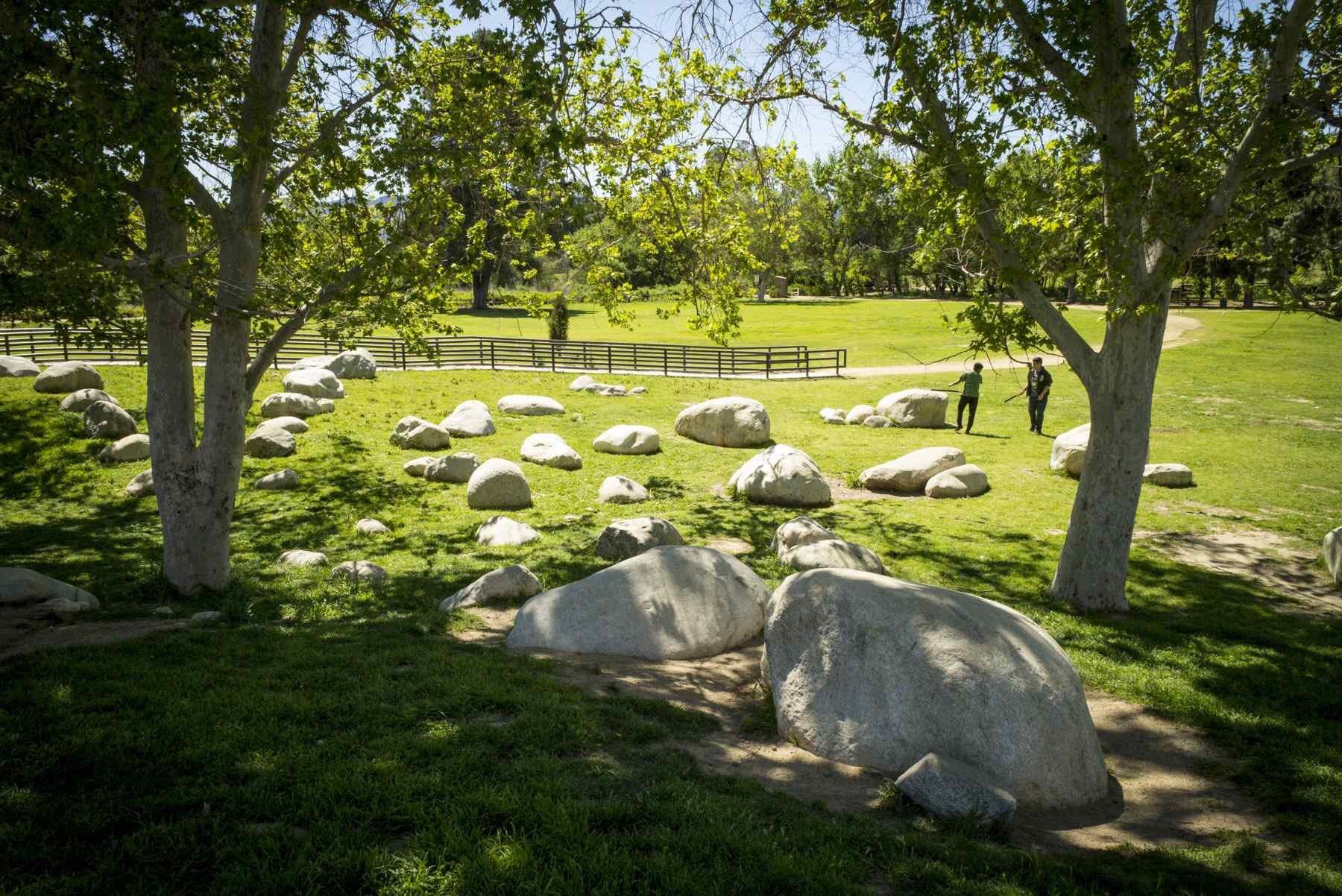 A controversial music festival planned for the Sepulveda Basin this fall has been pushed back a year to allow more time for its producer to book the bands, its promoter announced Wednesday.

The Make Good Group, producer of the proposed three-day AngelFest planned for Woodley Park, said a lengthy environmental review by the U.S. Army Corps of Engineers has impacted its talent-booking plans.

“We have made significant progress in the planning of AngelFest, including the very positive development of the Army Corps of Engineers’ release of the festival’s draft Environmental Assessment showing no significant negative environmental impacts,” said festival organizer Tim Sexton, co-founder of Make Good Group, in a statement.

“However, it has taken longer than anticipated and impacted our talent booking plans,” he said. “We made the decision to reschedule so that we can secure the best musical talent and ensure the kind of extraordinary festival experience that LA can be proud of and that our citizens deserve.”

The Army Corps, which manages the flood basin, had been accepting public comment on a draft environmental assessment released last week for the three-day festival once planned from Oct. 7 through Oct. 9. A public meeting had been scheduled for May 10.

Despite strong opposition from environmental groups worried about the impact of five concert stages on a Basin Wildlife Reserve, the Corps found “no significant impact” on air quality, noise, traffic, public safety and wildlife.

The Make Good Group, based in Los Angeles, said that Department of Recreation and Parks will reissue its festival permit in 2017. It also said the Army Corps’ environmental assessment will remain valid, “streamlining” the approvals process for next year.

But an Army Corps spokesman said the federal agency had not received a request to modify the AngelFest application from the Los Angeles Department of Recreation and Parks, which leases the federal flood basin for parks. He said it can’t “streamline” the process, which is the same regardless of the date of the proposed event.

“I can’t speak to whether the (draft environmental assessment) or public meeting will go forward at this time,” said Jay Field, spokesman for the Army Corps district office in Los Angeles.

Festival organizers said they were forced to reschedule AngelFest because of the anticipated completion of the federal environmental document and public input.

The proposed AngelFest was to take place on five concert stages and draw up to 65,000 visitors between Woodley Avenue and the 405 Freeway, north of the Wildlife Reserve, in music, arts, culture and food festival celebrating the “best of L.A.”

The festival has split environmentalists, who contend it will harm wildlife, and supporters, who welcome a festival that would raise money for the park.

Critics said its noise, crowds and lights could disturb the many species of birds within the reserve and surrounding northeast basin during 27 days of festival setup and teardown, in addition to polluting creeks and parkland.

Supporters, including the cash-strapped Parks Department, said the festival is a boon for the Sepulveda Basin, which would benefit from hundreds of thousands of dollars in user fees and ticket proceeds. More than $1 million could be raised in three years of repeat festivals.

Make Good Group organizers, meanwhile, said they were committed to safeguarding the Sepulveda Basin and surrounding neighborhoods during an environmentally sustainable festival.

An official from the San Fernando Valley Audubon Society, which has opposed the festival, said the delay was good news – but didn’t solve anything. He said a 2017 festival date meant the producer must reapply for city federal festival permits.

“We’ll continue to monitor the situation, and make it clear to all the regulatory agencies that we’ll continue to oppose this kind of festival in the Sepulveda Basin – in any year,” said Mark Osokow, a biologist and Valley Audubon board member. “It’ll be very destructive to wildlife.

“The presence of up to 65,000 people will cause an unmitigatable trampling of the ground, causing compaction of the soil, and will eliminate any small mammals as part of the food web for birds and other animals,” he said. “It’ll completely alter the ecology of the area.”