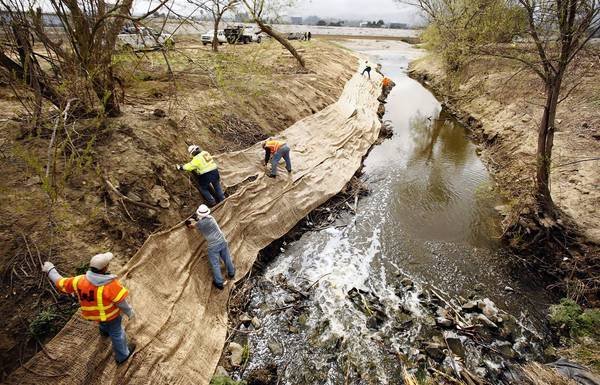 Here is a list of work completed thus far:

Burbank Boulevard from Balboa Boulevard to Hayvenhurst Avenue (south lane) will be closed to traffic during emergency construction operations from 9:00 am to 3:30 pm for the following four business days. Lane closures will most likely start before 9:00 am as crews are on scene as early as 7:00 am.

Work will continue, however, due to unexpected weather conditions, this project has been extended until the end of the week.

We will continue monitoring, serving, and enforcing the Sepulveda Basin while balancing the legal obligations placed upon the City on the removal of our homeless and their property.

The end goal is to ensure everyone in our communities is safe and receives the services they need and deserve.