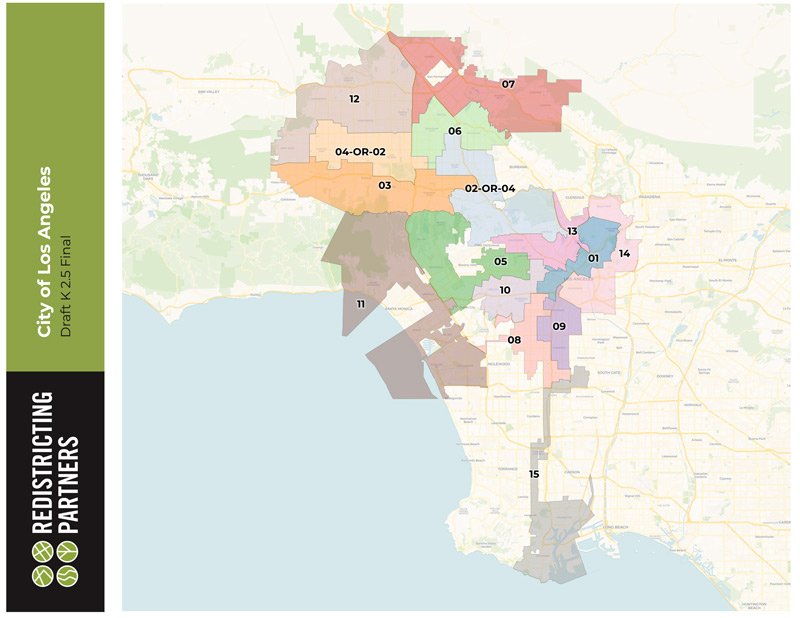 We wanted to update you on the Redistricting process now that the ball is in the City Council’s court.  As you may know, last Thursday, October 28, the LA City Council’s Redistricting Commission held its final meeting to approve a report and draft map, both of which have been transmitted to the City Council.  In short, the report discusses the process and decisions the Commission has made over the last year to draw a map with new Council District boundaries that adhere to the Voting Rights Act and population data from the 2020 Census.  Earlier this week, the Commission presented its final report and draft map to the City Council. The City Council also approved a motion by the Council President to form an Ad Hoc Committee on Redistricting. The Council President will Chair the Committee and has appointed 6 city councilmembers to sit on the Ad Hoc Committee. Lastly, the Councilmembers introduced a total of 39 motions which either made slight changes, moderate changes, or substantial changes to the Commission’s draft map.

The Ad Hoc Redistricting Committee will have its first meeting tomorrow, Friday, November 5th at which time it will consider a report from the Chief Legislative Analyst’s Office. This meeting will start at 1 pm and presents another opportunity for you to weigh in and advocate for issues important to you, your community, and your neighborhood. Members of the public who would like to offer public comment on the items listed in tomorrow’s agenda should call 1 (669) 254-5252 and use Meeting ID No. 160 229 0428 and then press #. Then press # again when prompted for participant ID. Once admitted into the meeting, press *9 to request to speak. Written comments can be submitted here.

Once the Ad Hoc Committee recommends a final map to the City Council, the Council will hold several public hearings within the month of November with the upcoming tentative dates:

We look forward to sharing more updates about the Ad Hoc Committee, including upcoming meetings, as details become available.