Metro is set to roll out a new pilot program for paid parking at nine stations and lots across the agency’s transit lines. The Metro Board of Directors is expected to vote on the proposal in March.

The agency-proposed test program would charge a minimal parking fee at nine rail stations where there a cumulative 4,753 spaces. The nine stations selected for the program include the North Hollywood and Universal stations on the Red Line where a $3 fee will be charged. Also on the list are: East LA’s Sierra Madre Villa and Atlantic stations on the Gold Line; Culver City and La Cienega/Jefferson stations on the Expo Line; and West LA’s Expo/Sepulveda station, the 17th Street/SMC station in Santa Monica and the Expo/Bundy in West LA on the Expo Line extension opening this year.

According to Metro, the agency currently operates more than 22,000 parking spaces at 48 stations. This number will increase to 25,000 spaces at 57 locations once the Expo II and Foothill Extension open for operation. The pilot locations were selected based on their capacity, location and utilization. Recent parking facility studies by Metro found that free parking at North Hollywood reaches capacity by 7 a.m. or earlier during weekdays, while free parking at the Universal and Sierra Madre stations reaches capacity by 8 a.m.

The Paid Parking Pilot Program is a strategy being considered to manage demand, encourage parking availability for Metro users at parking facilities currently operating at capacity.

If approved by the Metro Board of Directors, the pilot program will launch in May 2016. 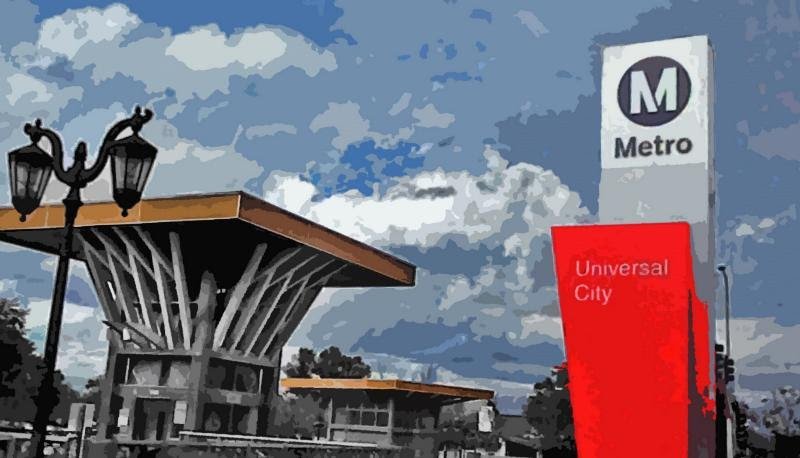