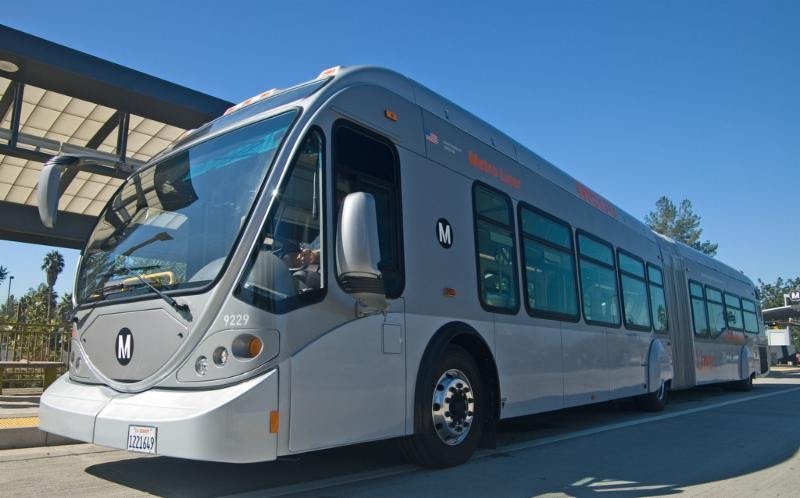 With the voter-approved Measure M sales tax in place, two Orange Line projects are now in the works. The first will focus on getting the Orange Line through intersections more quickly, either by building grade separations, such as bridges or underpasses, or other improvements. Once a final study report of the selected intersections is approved by the Metro Board of Directors, the multiyear construction project will be built to rail standards to ease the Orange Line’s conversion to rail.

The second project is the long-term plan to convert the Orange Line to light rail. According to Metro, the conversion will break ground in 2051, although Metro continues to explore ways to accelerate the larger Measure M projects, like this one.

Orange is the New Green

At the direction of the Metro Board of Directors, Metro has ordered five 60-foot articulated electric buses to test on the the Orange Line. These buses will initially be used with the existing fleet of compressed natural gas powered buses. Once the pilot program is complete, a larger order of buses will be made to replace the remaining buses with the zero emission fleet.
Last year, Metro began increasing the speed of buses across some intersections after a study revealed that it could be done so safely.