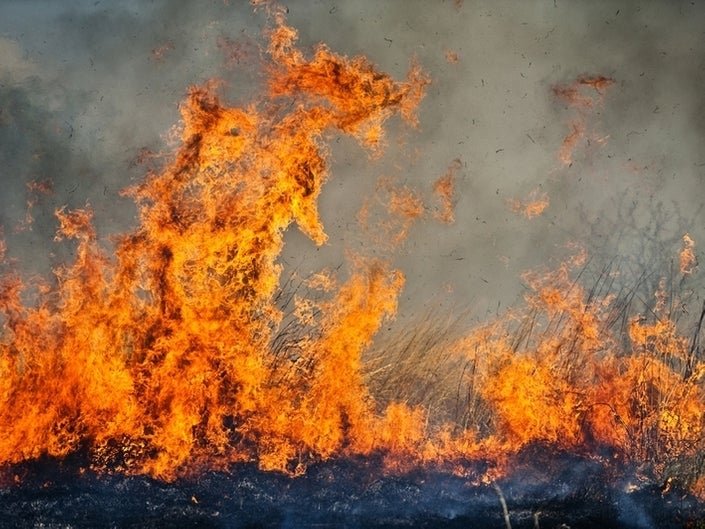 Los Angeles Firefighters are working to get the upper hand on a blaze that displaces a large homeless encampment in the Sepulveda Basin.

A fast-moving brush fire in the Sepulveda Basin scorched five-acres Monday afternoon and displaces a massive homeless encampment. Los Angeles Firefighters are working to get the upper hand on the blaze as homeless aid workers are being called in to help relocate homeless resident displaced in the blaze.

The fire is confined to an area near Balboa Park, and no structures are threatened, according to the Los Angeles Fire Department. However, the LA Metro Orange Line busway has been closed in both directions.