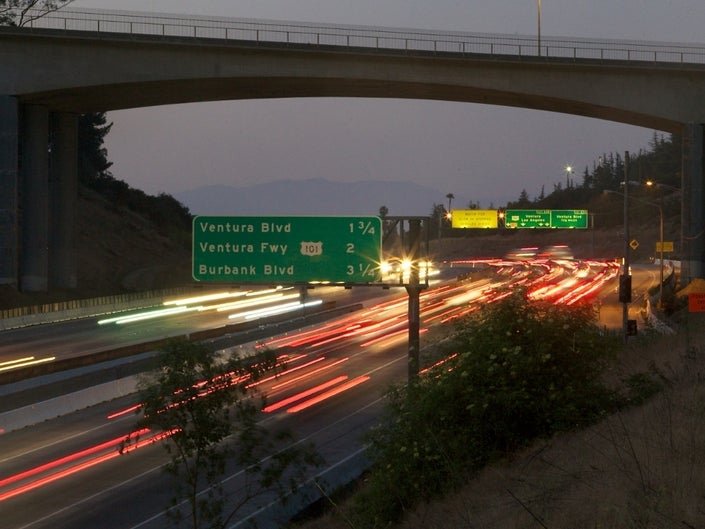 LA Gets Serious About Sepulveda Pass Toll Lanes
Posted on December 5, 2019 by LBNCadmin

Drivers with means may soon be able to bypass the famous bottleneck that is the Sepulveda Pass. The Los Angeles County Metropolitan Transportation Authority will vote Thursday on whether to fund a study examining the merits of charging people to use its HOV lanes along the 405 freeway through the Sepulveda Pass.

The city has long bandied about the idea of a toll road to ease traffic in the Pass. The location of the toll lanes would be on Interstate 405 between Interstate 10 and U.S. Highway 101 with the intent to open them to drivers prior to the 2028 Summer Olympics. Residents will have a chance to weigh in on the plans.

The Metro Board is expected to vote on a contract of more than $27 million for architectural and engineering services to produce the I-405 Phase 1 Sepulveda Pass ExpressLanes.

According to Metro board documents, the Congestion Reduction department was directed to study the feasibility of converting HOV lanes into toll lanes for road projects in 2017.

During the consensus study and environmental study phases, public comment will be taken with regard to the project.

The toll lanes would be aligned next to a rail project through the Sepulveda Pass.

According to the Los Angeles Times, the county spent four and a half years and more than $1.6 billion to widen the 405 Freeway through the Sepulveda Pass.

7 thoughts on “LA Gets Serious About Sepulveda Pass Toll Lanes”